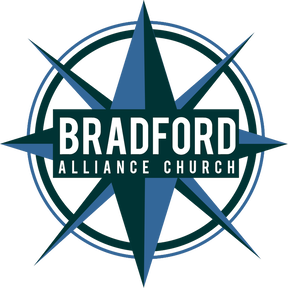 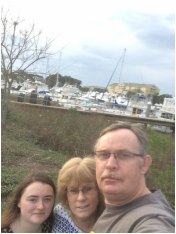 Rob was born and raised outside of Pittsburgh, Pennsylvania. He has a wonderful wife of 25+ years, Joy, and they have a beautiful young lady, Kaitlin who hopes to be a marine biologist.  A life long Steeler fan Rob  answered the call to serve the Lord late in life and moved to Georgia to attend Toccoa Falls College. There he earned his Bachelor Degree in Pastoral Ministry with a minor in Biblical Greek.  From there the family spent 5 years serving in Pleasanton, Texas  before making his way to Bradford in the Spring of 2015. His desire is for people to not only meet the Lord Jesus but to grow in a deeper relationship with Him. His love for the outdoors not only exists for hiking the surrounding mountains but extends to the church leaving the four walls of the building and ministering to the community.

One of his favorite verses is Psalm 143:8 - "Let me hear Your lovingkindness in the morning; For I trust in You; teach me the way in which I should walk; For to You I lift up my soul." 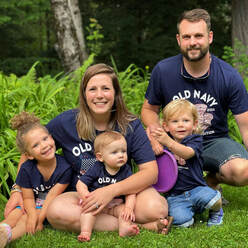 Ryan Campbell is new on staff at BAC. He is married to his wonderful wife Mary, and together they have three amazing kids; Hara, August (Auggie), and Lucy. Ryan is a ministry-lifer. Growing up with a Southern Baptist Music Minister for a father, ministry and music has been Ryan's entire life. Just after high school,  Ryan started working for a Christian camp in Lynchburg, VA, called "The Master's Inn," that he attended with his youth group. Ryan worked in camping ministry for 10 years, doing everything from program director to ropes' course master. It was during this time Ryan felt a call to full-time ministry and also met his wife. Mary and Ryan married in 2013 and felt the call shortly after to accept a position at a church in Chesapeake, VA, doing full-time Youth and Worship. After that, Ryan accepted a position back in Lynchburg, VA, as a youth pastor. It was there that Hara came to them through the foster care system, and Auggie was also born. After this, Mary and Ryan wanted to be closer to family, so they made the move to Bradford, PA, to be near Mary's family. Ryan has a heart for worship and church strategy. He was brought on                                                             part-time at BAC where he serves as our Director of Connection Ministries. 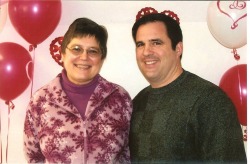 Jill Ivanich was born in Olean, NY.  She graduated from Portville Central School and also from Olean Business Institute.  She worked as a secretary for 8 years at AVX Ceramics in Olean NY.  She was a stay at home mom for many years, then worked at the Rew Post Office as the Postmaster Leave Replacement.  Jill currently lives in Rew, PA with her husband, Paul.  Paul works for FCI McKean.  Her son, Chad, lives and works in Jamestown, NY.  He is into music and enjoys playing concerts with his band.  Her daughter, Amber, is currently serving in the Navy with the US Fleet Forces Band in Norfolk, VA.  Jill works part time in the church office.  In her spare time, she enjoys                                                         crocheting, playing her flute and the piano.